Brittney Clow is a Licensed Independent Social Worker and Supervisor practicing in the state of South Carolina. She received her Bachelor of Arts in Social Work and Political Science from Hope College in Holland, MI, in 2009, and her Master of Social Services Administration from Case Western Reserve University in Cleveland, OH, in 2010. She began her career treating older foster children and their foster families from 2009-2012 and moved on to intensive in-home therapy after this, with a focus on attachment and family dynamics. In 2015, she started working in private practice providing therapy for individuals, couples and families in upstate South Carolina, and currently owns a practice with several clinicians providing quality affordable counseling. Her experiences as an Asian woman and an adoptee have influenced her treatment focus and she often works with non-white adoptees adjusting to white families and communities.

Brittney began practicing Accelerated Resolution Therapy in 2018 and has since been trained in both Advanced and Enhanced level. She has found this modality to be incredibly powerful in family and attachment work, along with PTSD, sexual trauma, addictions, Borderline Personality Disorder, and mood disorders.

She currently owns Counseling Services of Greenville in Greenville, South Carolina and is passionate about serving the community through private practice that is affordable and accessible. 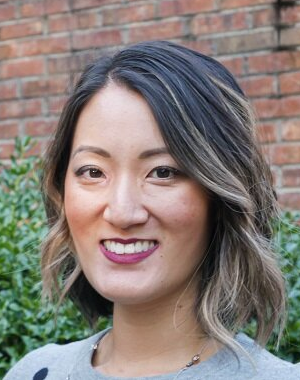