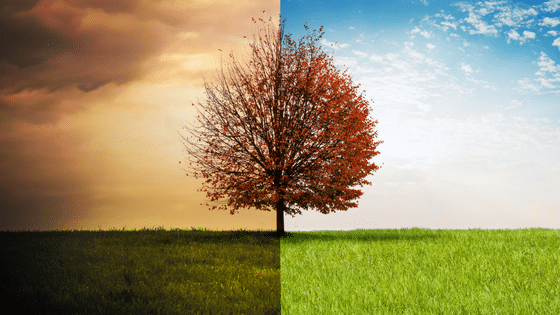 To date, no single cognitive therapeutic approach has shown to be optimal in terms of delivery time, completion rates and lessening symptoms for adults with post-traumatic stress disorder (PTSD) and comorbid symptoms of depression. Currently, a brief exposure-based psychotherapy or Accelerated Resolution Therapy (ART) has shown promising results in treating those with scene-focused PTSD and major depressive disorder (MDD).

Research shows a correlation between PTSD and MDD, though it seems PTSD is the primary condition. Whether alone or together, both illnesses cause a constellation of symptoms, such as disabling anxiety, avoidant behaviors and alexithymia. Some are more prone to develop anxiety or stress disorders than others following traumatic events; their nervous systems are more sensitive. Unfortunately, these individuals are more vulnerable to incomplete memory processing and lingering emotions. Their brains may fail to package and integrate episodic memory into their semantic memory system.

Memories are fluid, constantly changing and each time we access a memory, there exists a brief window of time, in which, said memory is accessible for reconsolidation. ART takes advantage of this innate vulnerability, using this temporal window to help clients recode their fear-based memories as safe, or at least as neutral as possible. Simply put, intrusive memories involve sensory imagery and visual material and in order to become less intrusive need to be accessed and re-assimilated with positive images.

During an ART session, the clinician oscillates their hands at eye level to the patient, facilitating the processing of sensations. Specifically, while the client is remembering the event, (imaginal exposure), the clinician performs a set of goal-directed, lateral left-right eye movements,) assisting with separation of uncomfortable sensations tied to the traumatic event. Unlike other cognitive therapies, the client does not have to verbalize the event, only reimagine it. Though, verbalizing the traumatic event can also bring about a change in perception. The belief is while the client is reliving the trauma, a targeted number of hand movements may promote a limbic change, switching from a primary sympathetic nervous system to a primary parasympathetic nervous system.

Voluntary image replacement (VIR), or image re-scripting, assists with inter-hemispheric communication, modifying the contextual expression of a traumatic memory, re-cataloging it as safe. When fear persists after danger has passed, it’s likely that fractured episodic memory has influenced amygdala-dependent memory mechanisms and conditioned the brain to respond in “fight or flight” mode to situations perceived as dangerous, even if they’re not. The thought is, if a fear-based memory can condition the brain, then by accessing it during a time-sensitive window, you can recondition or update the fear-memory as safe.

An ART session lasts an hour and likewise, the temporal window of cognitive plasticity during which memories are accessible for reconsolidation lasts for about one hour. After the client has retrieved a fear-based memory, they’re responsible for finding their own solution or creating their own more positive image to replace the distressing one. The ART clinician is helping the client to recondition their own amygdala-dependent memory mechanisms through imaginal exposure, left-right hand movements and voluntary image re-scripting. When a client expresses that a traumatic-scene is less distressing or completely extinguished, treatment has been successful!

While ART continues to help those suffering from PTSD with comorbid symptoms of depression, hopefully, findings empower cognitive scientists to further open “The Doors of Perception,” diving deeper into the cortex to discover unmapped areas of human consciousness. If you are a therapist looking to expand your healing profile, search here to learn more about this cognitive reprocessing therapy! Help your clients who are suffering from fear-based memories begin replacing negative images with positive ones and start living a life that is free from fear!